What’s in a Majority? The Buzz on By-Laws

The condominium community has been buzzing since the decision LaFramboise v York Condominium Corp No 365 was released this past January. We thought it would be helpful to provide a refresher on the procedure for passing by-laws and to weigh in on LaFramboise. 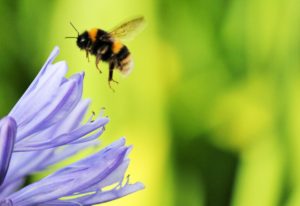 By-laws are not effective until the owners of the majority of the units in the corporation vote in favor of confirming the by-law, as set out in section 56(10) of the Condominium Act, 1998. There is an exception for certain types of by-laws referred to in section 14(2) of O. Reg. 48/01 to the Act.

This may be confused with section 50, which defines “quorum” for the  transaction of business at a meeting to mean  25% of the owners in the corporation; or section 53 which states that as a “majority vote” is considered to be the votes cast by the majority of owners at a meeting. Sections 50 and 53 fall under the “Owners” provisions of the Act, however section 56(10) is under “By-Laws and Rules”.

For purposes of section 56(10), “majority” has traditionally meant 50% or more of owners in the entire condominium are required to pass a by-law and is not based on the physical attendance of the owners at a meeting.

With that said, there is now the interesting decision in LaFramboise to consider. The judge in this case determined section 56(10) of the Act did not affect the quorum and majority voting requirements in sections 50 and 53; and ruled that a borrowing by-law had been properly enacted because more than 50% of the unit owners present at the meeting had voted in favor of passing the by-law.

In our view, the by-laws must receive supporting votes from the owners of a majority (more than 50%) of all the units, not including situations within the listed exceptions in the Regulations to the Act.

The bottom line is that it is still good practice for a corporation to ensure a 50%+ majority of all the unit owners in a corporation is obtained prior to enacting new by-laws. This the approach that we continue to recommend—unless and until there is more precedent on this issue.

To learn more on by-law procedures, check out our post titled “When is a By-Law Effective?”